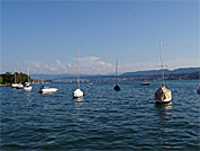 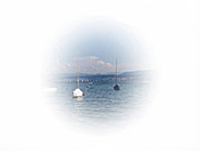 Retinitis pigmentosa (RP) is a progressive retinal degeneration characterized by night blindness, progressive and concentric constriction of the visual field, pigment deposits predominantly in the midperiphery of the retina, and attenuation of retinal blood vessels. The disease leads to loss of vision and may cause complete blindness. It affects one in 3000 to 4000 individuals and the genetic forms can be caused by mutations in more than 100 genes. The disease can be inherited as autosomal recessive or dominant, as well as X-linked traits. Currently, no common treatment for this group of diseases is available.

We collected more than two hundred genomic DNA samples from families with RP and related retinal degenerations and dysfunctions. These samples are screened for mutations in known and new candidate genes to identify the disease causing DNA sequence alteration. This helps to establish the clinical diagnosis and is important for genetic counseling of the patients and their families. In addition, novel gene defects are identified leading to retinal degenerative diseases.  The function of these genes and the consequences of mutations are characterized in our laboratory to better understand their relevance for the disease.

We and others identified this gene in 1996 and showed that mutations lead to X-linked RP, which is the most severe form in terms of age of onset and progression.  The clinical phenotype shows considerable variability of disease symptoms. Mutations in RPGR can cause RP, cone dystrophy, and macular degeneration. Some mutations also lead to a disease phenotype in female carriers. In addition, extraocular features were described in some patients and families reminiscent of primary ciliary dyskinesia, indicating a possible role of the RPGR protein in ciliary assembly or function.  To characterize gene function in more detail, we make use of a knock-in mouse line.

Furthermore, the gene shows an exceptional degree of alternative splicing. The splicing pattern of RPGR is analyzed in human cell lines of mutation carriers in order to understand their role for the pathogenesis.

We offer clinical testing for RP by high throughput sequencing of gene panels or the entire exome (NGS). Please also refer to our genetic testing pages for more information on requirements for DNA diagnostics. Genetic Testing