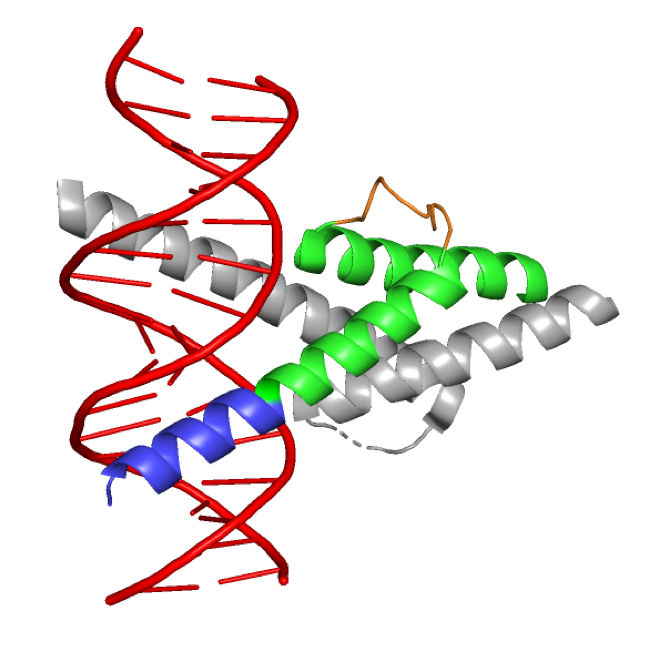 ATOH7 (blue/green/orange) is shown dimerized to the bHLH protein E47 (grey) and bound to DNA (red). The basic domain (blue) is in close contact to the major groove of the DNA helix. The HLH domain, consisting of two helixes (green) interlinked by a loop (orange), aid in dimerizing with bHLH transcription factors. This protein model is based on the crystalized structure of a DNA-bound dimer consisting of E47 and the ATOH7-related protein NEUROD1 (Longo et al. 2008). 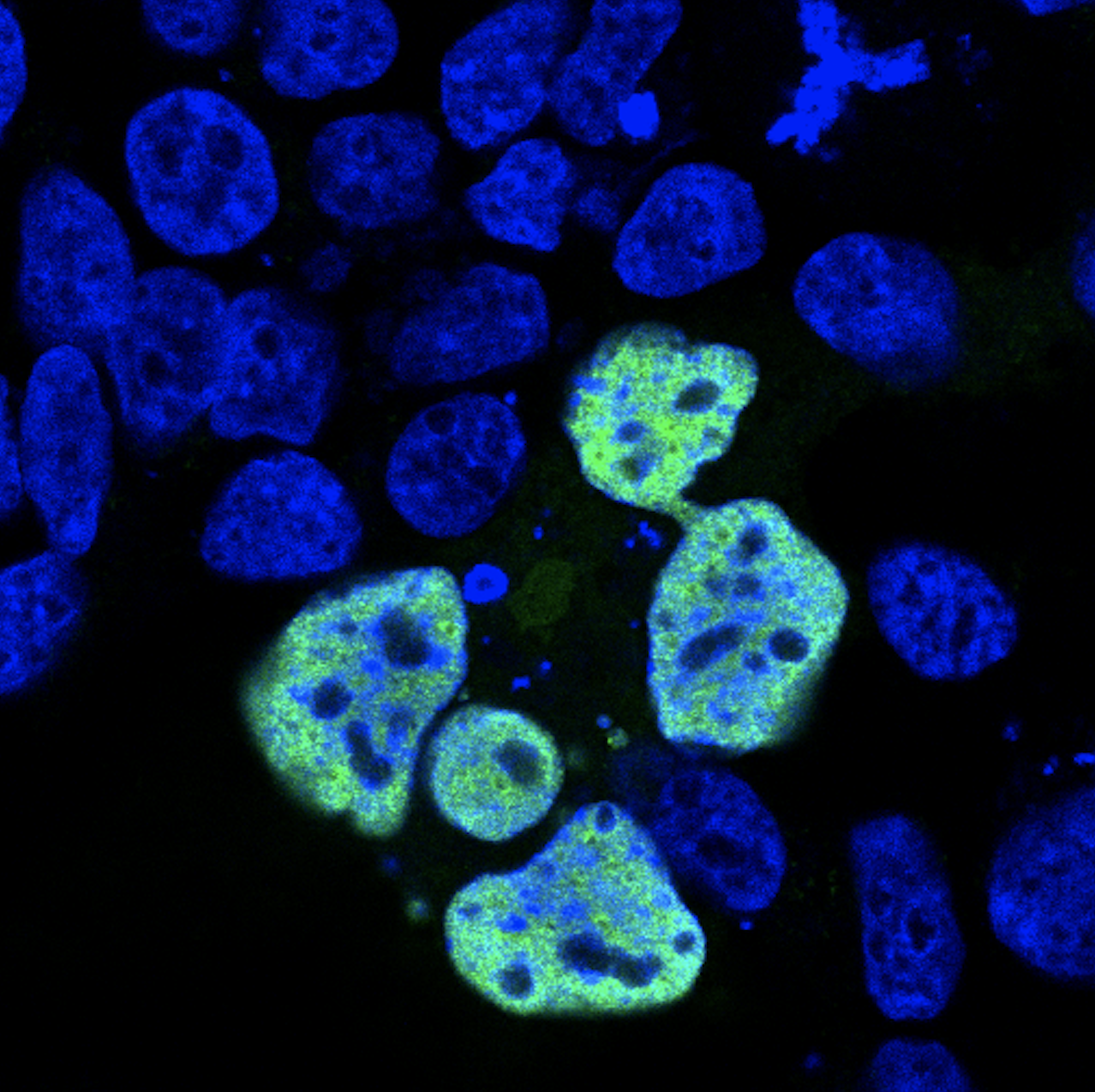 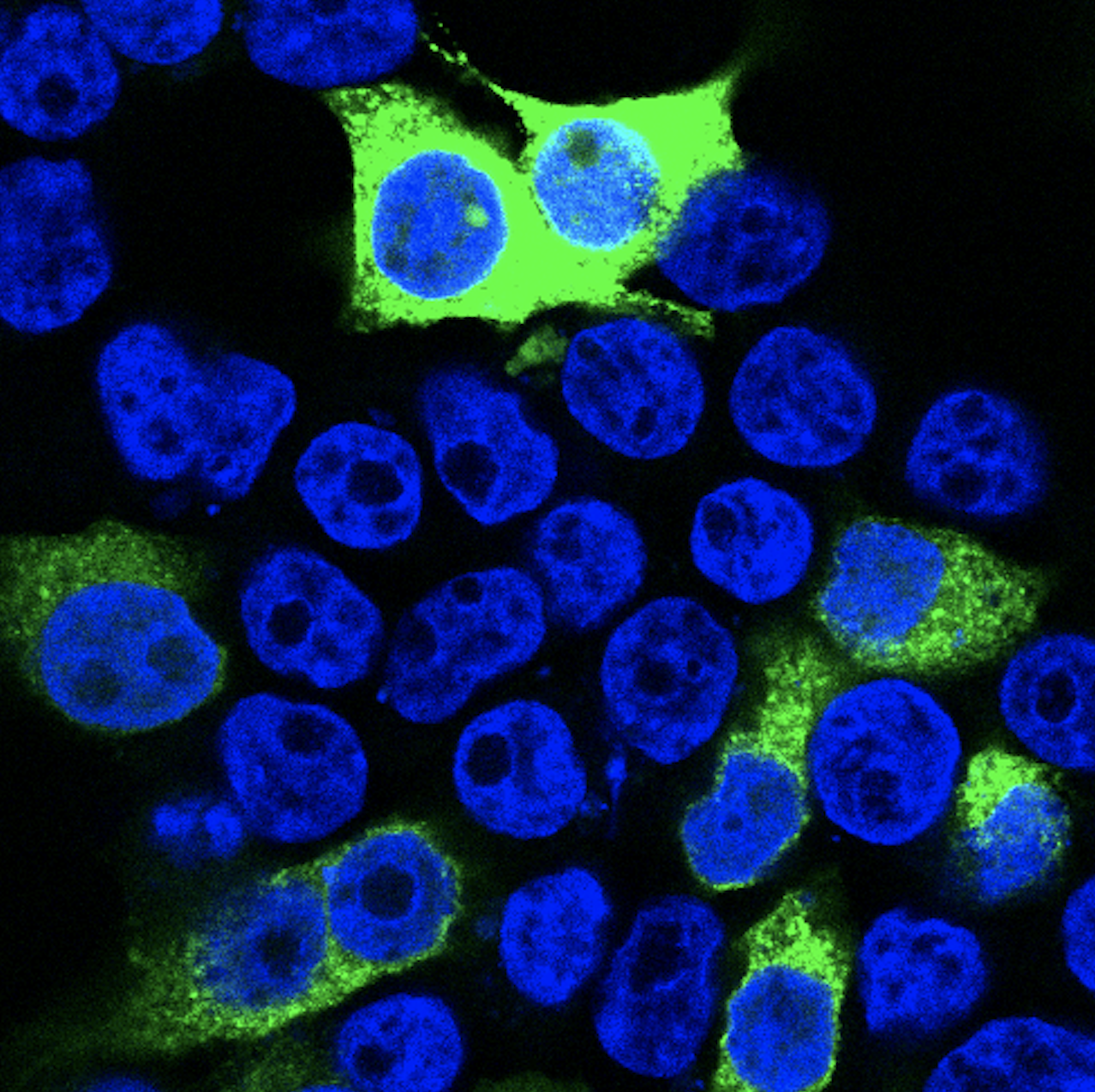 General information
The family of basic helix-loop-helix (bHLH) transcription factors consists of structurally similar proteins, of which many are important in tissue development. Atonal bHLH transcription factor 7 (ATOH7; OMIM *609875) is an evolutionary conserved proneural transcription factor expressed in the developing neuroretina. The expression of Atoh7 in vertebrates is associated with promoting the differentiation of early progenitors towards a retinal ganglion cell (RGC) identity: the first-born adult retinal cell type which forms the optic nerve and is responsible for gathering and conveying visual information from the neuroretina to the brain.

Eye disorders associated with ATOH7 mutations
Dysfunction of most retinal bHLH transcription factors only leads to mild phenotypes. In contrast, Atoh7-knockout animals as well as patients with ATOH7 mutations show severe eye-developmental abnormalities, often leading to blindness. There appears to be two main components in Atoh7-associated retinal phenotypes. Firstly, there is a disturbance in the development of the retinal vasculature. The vascular component is more pronounced in human ATOH7 mutations, as patients display significant defects in hyaloid vessel (primary vasculature) regression, and defective retinal vascularization with complete retinal detachment as a result. The associated developmental disorder is known as autosomal recessive persistent hyperplastic primary vitreous (PHPVAR; OMIM #221900), which is sometimes also referred to as nonsyndromic congenital retinal nonattachment (NCRNA). Secondly, both animal models and patients also show very thin or absent optic nerves, a developmental disorder referred to as optic nerve hypoplasia (ONH; OMIM #165550). Both of these anomalies stem from an underdevelopment and/or loss of RGCs, however the exact pathomechanisms remain to be investigated.

Our research
While previous reports associate ATOH7 mutations with severe developmental eye disorders, including PHPVAR and NCRNA, our research indicates that ATOH7 mutations may also be the underlying cause of isolated ONH with only minor vascular abnormalities. In a previous study, we found compound heterozygous variants in ATOH7 in two siblings suffering from isolated bilateral ONH (Atac et al., 2020). These variants were found within the dimerization domain of the bHLH motif and functional characterization of the mutated protein indicated loss of function. We are currently working on investigating the role of ATOH7 in human retinal development with the aim to determine its downstream targets and associated pathways more precisely. We utilize CRISPR/Cas9-edited ATOH7-/- human induced pluripotent stem cells, which are differentiated into retinal organoids and are further subject to mRNA sequencing as well as quantitative real-time PCR.