The NDP gene is located on the proximal short arm of the human X chromosome. Its genomic size is approximately 25 kb and the gene consists of three exons. Exon 1 and part of exons 2 and 3 are untranslated (5´ and 3´ UTR). The transcript is 1.8 kb in size and codes for a protein of 133 amino acid residues, including a signal peptide (24 amino acids) for protein secretion. A cystine knot motif has also been predicted. The cysteine residues are important for the formation of intra- and inter-molecular disulfide bridges. Presumably, the gene product, designated Norrin, forms dimers or oligomers.

Disease-associated alterations in the NDP gene are genomic rearrangements of rather large size and affect the entire gene or parts of it as well as adjacent loci. Single nucleotide mutations were also described (in total more than 180) and comprise missense (97), nonsense (17) and frameshift (>20) mutations.

The figure below shows the gene structure and some of the mutations affecting the protein coding sequence. 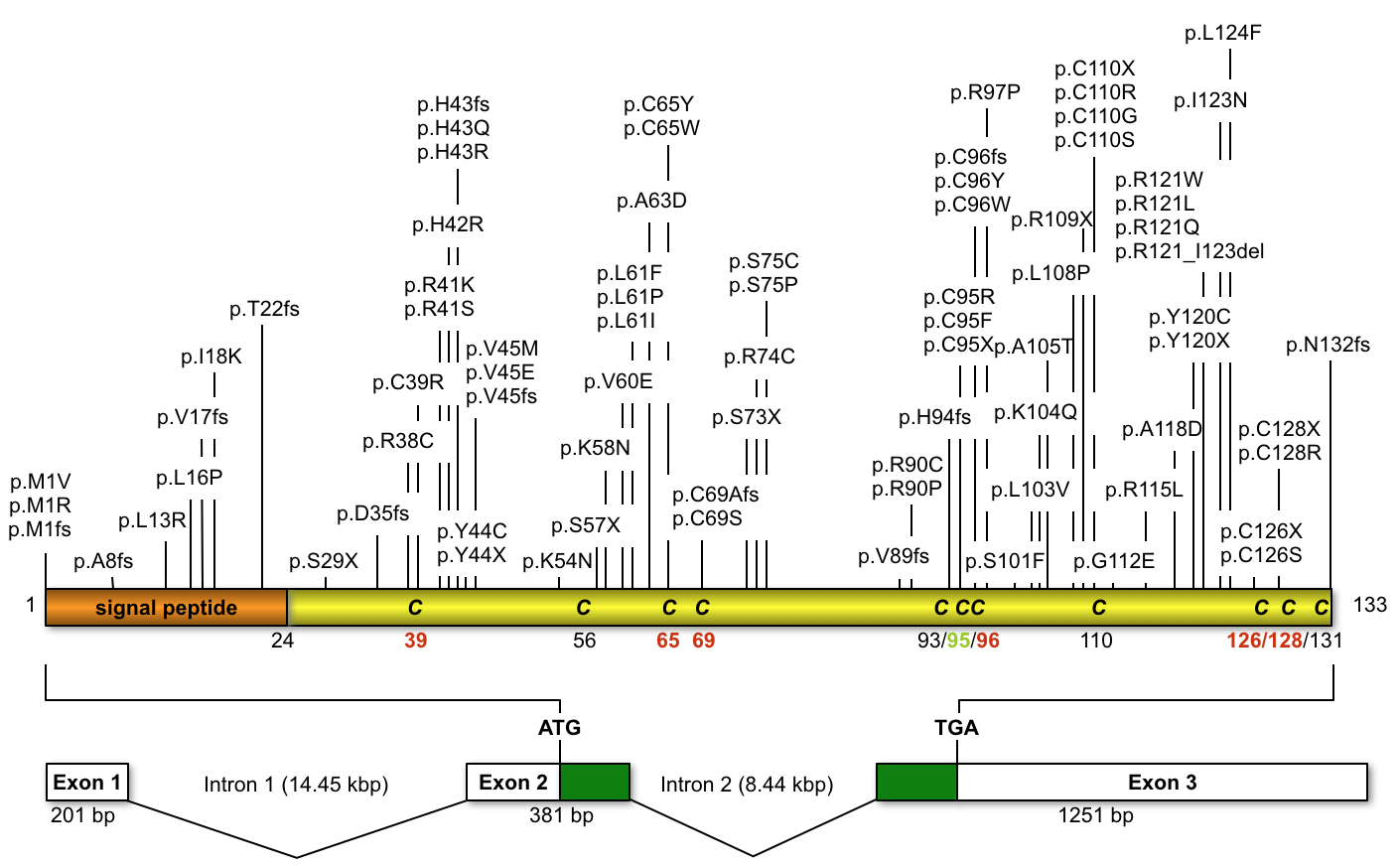 For more detailed informations about specific mutations please refer to the following pages: